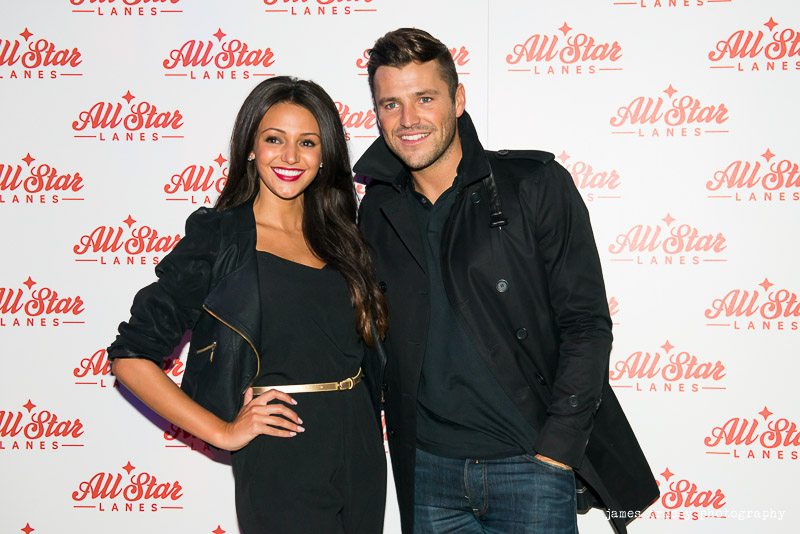 “How on earth have you got that job?”

That was the only question I seemed to get asked last week by everyone who found out I was photographing Michelle Keegan and Mark Wright. In fairness, it’s a good question and the answer is I work with Toast PR who look after All Star Lanes in Manchester. They had arranged a launch night for their new bar, The Dime Store, during which Mark Wright of TOWIE fame would be DJ’ing from his iPod. 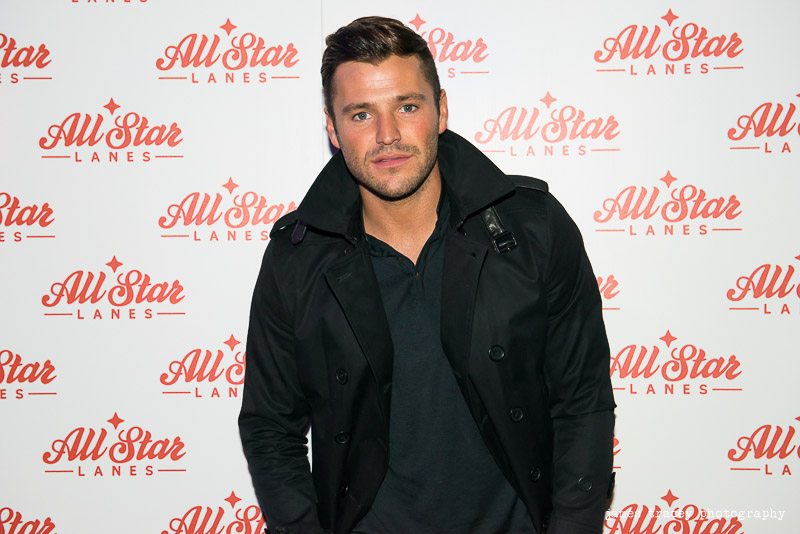 Now if you have no idea who Michelle Keegan is (and some people don’t), she plays Tina McIntyre in Coronation Street and she has recently been voted the 4th sexiest woman in the world in the annual FHM poll. It’s safe to say a lot of my friends were pretty jealous that I’d got this job. On top of this, she’s just got engaged to ITV’s The Only Way Is Essex star Mark Wright and they’re now featuring regularly in the celebrity media. They are hot property, so you can see why All Star Lanes asked them to pop down to launch their new bar.

The Dime Store Bar launch was a huge success, packed with people heading down to catch a glimpse of Mark Wright and Michelle Keegan. Also partying at All Star Lanes was Mel Travis who is one of the three single ladies in ITV 2’s reality dating show Girlfriends. 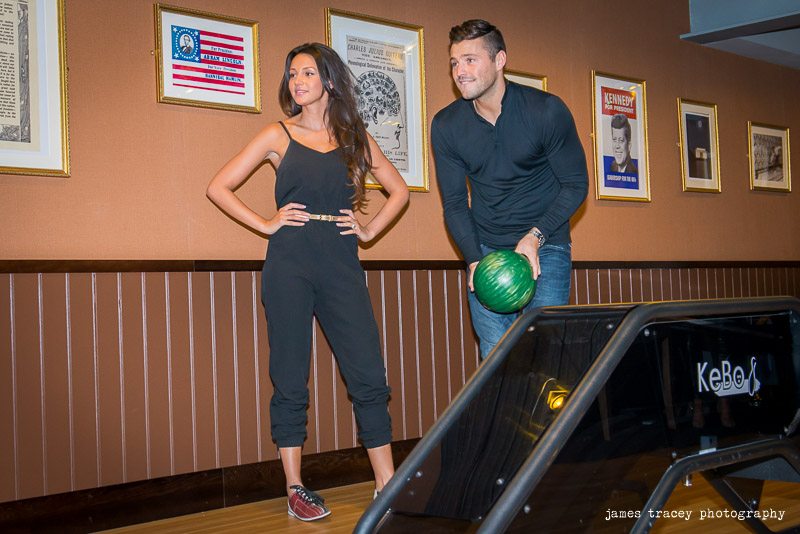 After his DJ set (which, if I’m honest, had some great 80’s funk soul tunes in there) Mark and Michelle went bowling in the exclusive West Wing lane (modeled on the famous bowling Alley underneath the White House) where they then partied the night away! It was here I got my shot of Michelle Keegan and Mark bowling which was for the Manchester Evening News. They ran the story on Monday the 30th September, using my image as the main photograph! You can read the article here!

The Daily Mail also picked up on the story and ran an article online which you can see here!

All in all, a job well done. I got some great shots which will be featuring over on All Star Lanes Facebook page and all being well there will be another celebrity iPod DJ night at All Star Lanes soon.